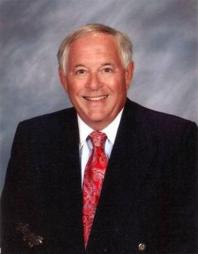 He comes to us from a 10-year ministry at Citrus Springs Community Church in Florida.

Jeff has been in ministry for 47 years.  Twenty-one of those years was as an USAF Chaplain, retiring as a Lt. Colonel.  Since his retirement from the Air Force, he has serviced Methodist, Disciples of Christ, Presbyterian, and Congregational churches. He grew up in the Episcopal church.

His largest congregation was a church in Shreveport, LA that grew from 850 to 1000 in his three years as Senior Minister.

Jeff comes from a military family and has lived in France, Italy, Philippines, Egypt, and Korea.

He is married to Karen Timm, who is also our church secretary.  She is a native of Massachusetts and the mom of two children, 4 grandchildren, and 1 great-grandchild and has 5 little rescue dogs. Their 5-year-old Yorkie, Matilda also serves as our Pastoral Pup.  She greets people as they arrive and depart church most Sundays. 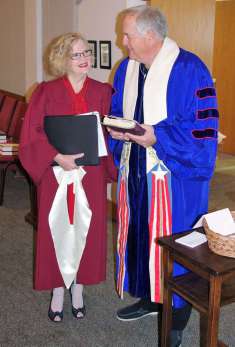